We celebrate the Supreme Court’s ruling in Bostock v. Clayton County. The simple basis and clear language of the opinion leave no room for interpretation: sexual orientation and gender identity are protected under Title VII of the Civil Rights Act of 1964.

While the three cases presented to the Supreme Court (Bostock v. Clayton County, Altitude Express Inc. v. Zarda, and R.G & G.R. Harris Funeral Homes v. EEOC and Aimee Stephens) were specifically related to termination based on sexual orientation and gender identity, the ruling focused on the law’s language “because of… sex” which makes it clear that any employment discrimination relating to sexual orientation or gender identity, including selection, is protected by the same interpretation.

In a country where more than half of LGBTQ people lived in states with no formal protection, the extension of civil rights protection to include sexual orientation and gender identity was long overdue. According to a 2018 report by MAP and the National LGBTQ Workers Center, one in four had experienced employment discrimination not just during their careers, but in the previous year. The report also indicates that LGBTQ Americans were more likely to be unemployed, and once they’d found jobs, nearly half had chosen to keep their sexual orientations and gender identities closeted at work because of fear of negative professional consequences. LGBTQ employees are often not paid and promoted at the same rate as their non-LGBTQ identifying colleagues, and frequently face discrimination in benefits only 58% of Fortune 500 companies offering transgender-inclusive benefits.

Prohibiting discrimination because of sexual orientation and gender identity is clearly the first of many actions necessary for workplaces to be truly inclusive. As Sandra L. Shullman, PhD, president of the American Psychological Association shared, “Workplaces that have adopted LGBT-supportive policies have also benefited from improved health among those employees, as well as greater job commitment, job satisfaction and productivity.” These are the types of predictive measures of job success Wonderlic is focused on, and we are elated that the law of the land now prohibits this form of discrimination that detracts from people’s ability to do great work.

At Wonderlic, we believe access to economic opportunity – jobs – should be a level playing field, and this landmark decision helps ensure that will be the case for everyone, regardless of who they are or whom they love.  As a company whose foundational science, I-O Psychology, is the science that drives organizational policies and best practices, we’re integrally linked to the Bostock v. Clayton County ruling, and the promotion and protection of Title VII of the Civil Rights Act of 1964.

Inspired by the Supreme Court ruling, we conducted some analyses using our 2019-2020 job candidate data. Our initial findings suggest two key things: first, while not surprising, our data indicate no differences in candidate quality or job performance potential between those identifying as non-binary and binary, across all job types. Second, we see evidence that there is a slight but increasing trend of candidates that are self-reporting as non-binary which helps support our goal of creating an objective, fair experience for all candidates. By fostering an environment in which candidates feel properly represented, they have more favorable perceptions of the hiring process and in turn are likely to feel more confident about being accepted and aligned with their potential employer’s organizational culture.

We recognize this isn’t the kind of thing you usually hear from us. We’re a science company first. It’s our responsibility to make scientific advancements where we see gaps in efficacy, efficiency, or ethics in the assessment market. As a science company, it’s incumbent upon us to continue to examine the evidence and to forge a new path as the need for one becomes clear. Our commitment to that belief extends not only to our work and our industry, but also to our internal work as an organization. We have work to do, and we will continue to work to be better, to deliver better products, and to challenge the status quo across the industry.

This article was authored by Jessica Haig, Manager of Consulting, and Kati Lechner SPHR, Organizational Learning & Development Manager, and is emphatically endorsed by Wonderlic, Inc.

You need employees who want to do the job. 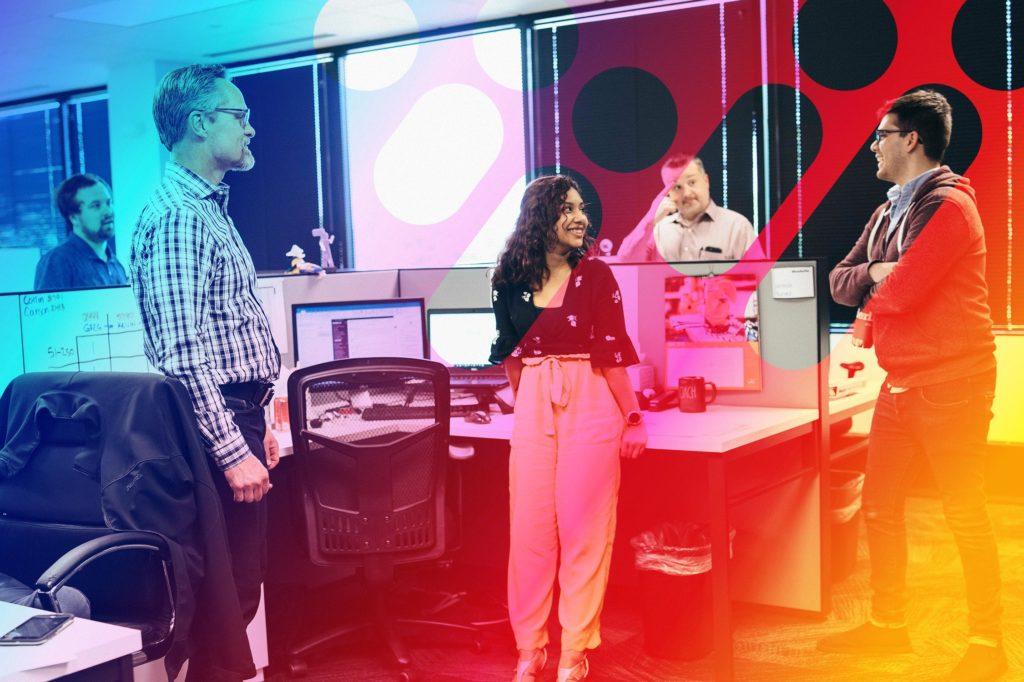 Talk to the people behind the science

Any cookies that may not be particularly necessary for the website to function and is used specifically to collect user personal data via analytics, ads, other embedded contents are termed as non-necessary cookies. It is mandatory to procure user consent prior to running these cookies on your website.